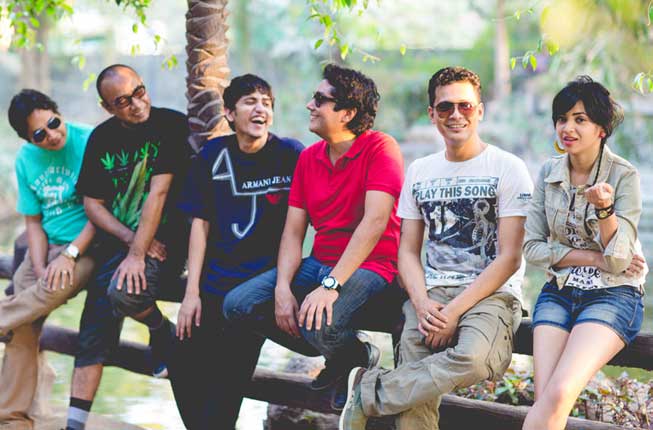 Mumbai band Manu & Chow is the latest entrant into the independent music milieu. The band is set to release its first single, Pi, early next month. The single is expected to be available as a free download exclusively to all Facebook friends, fans & Twitter followers.

Says Plabita, one of the singers and composers in the band "We are very excited about the release. The song is fun and related to daily occurrences in our lives in some way or the other. Every band member contributed uniquely in the creation of this song, and that has made it really special".

Visit http://www-->.manuandchow.in to follow the band and interact with them.

Manu & Chow (MnC) was formed amid love, passion, laughter and countless jam sessions with friends. Sessions chaired by a certain Old, but celebrated Monk himself. The band is a coming together of musicians from entirely different backgrounds, experiences and musical tastes. Really, we never thought we'd make it this far, but we did see reasons enough to bust a gut. And when the band got together, it all seemed to make sense.

[We have no connection to the Spanish/French Singer Manu Chao. Plabita's nickname is Manu (pronounced Maanu). Chow (also spelt Chao), is Ahom for 'Mister'.] 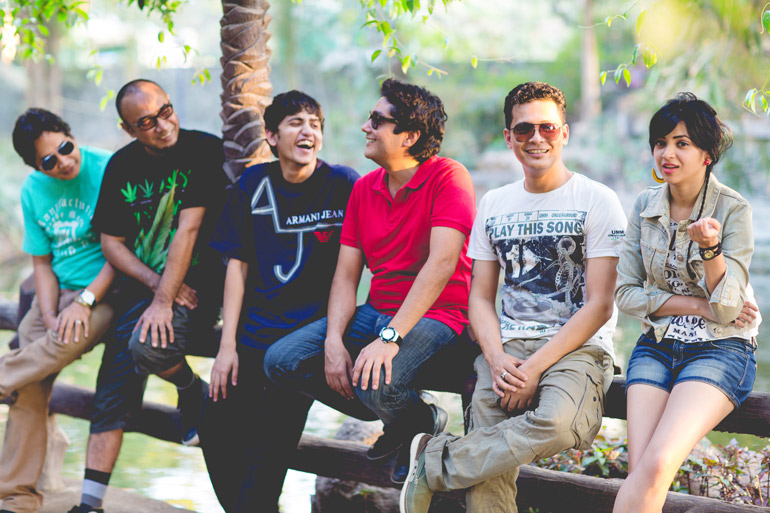 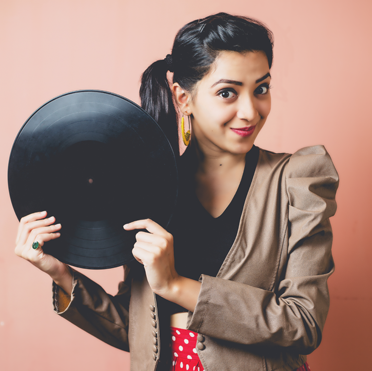 The vivacious, perky side of Manu & Chow. Although she is an actor by profession, Manu's family has always been immensely enthusiastic about music – and music has been her calling all along.
When she is not singing or composing during rehearsals, Manu (pronounced Maanu) is either looking ceiling-ward, yawning, or explaining the day's simple turn of events to a fellow band member at unendurable length. One wonders how she manages to not talk, while she is singing. Visit her official page at https://plabitaborthakur.com 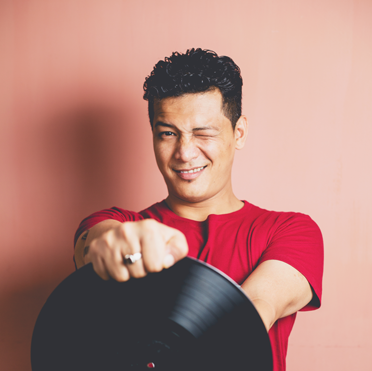 Having toured the country extensively for almost a decade with his earlier band Prayag, Pranab's life came to a standstill when the band members went their different musical ways. Manu & Chow renews his relentless passion for songwriting and performing live. 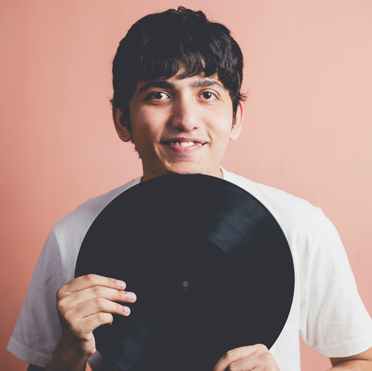 When he's not dreaming about playing with JethroTull, 22 year old Crehyl Pereira is busy playing with many popular live acts and musicians in different cities. He can be usually found figuring out ornate chords and voicings for even simplest of songs. He's a quiet, affable sort of fellow, till you diss jazz in front of him. 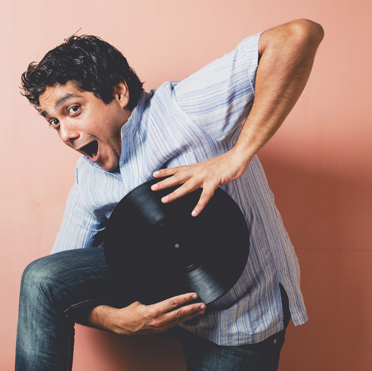 Amz's bass playing – and signature dance moves – have been seen on many stages. Many moons ago, he was part of the I-Rock winning band Spirals. More recently, he has played with bands like Sridhar Thayil and Full Moon Rising. He is currently recording for his band Airport's upcoming album. He also doubles up as a spiritual guru, as long as you don't take his advice too seriously. 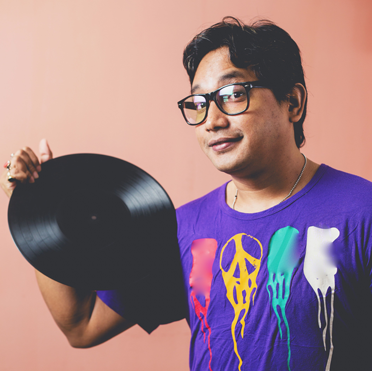 Indra landed in Mumbai and was immediately yanked away by Bollywood. The guitar player from Assam has performed with Bollywood acts like Shreya Ghoshal, Sukhwinder, Mika and Rabbi. MnC has hired professional hijackers to regularly rescue Indra from his busy schedule of gigging and managing his own studio. 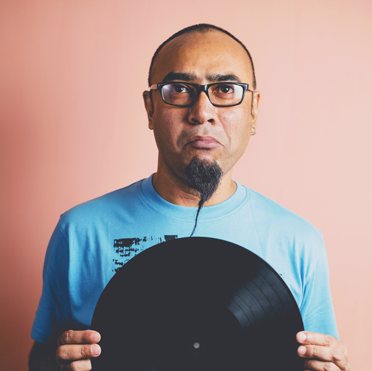 If you meet Ambar in person, his calm, laid back attitude will never ratify his accomplishments. This acclaimed, multi-faceted singer, composer, producer, drummer and guitarist from Guwahati studied jazz drumming under Jurgen Busse from Hamburg, Germany. It was much later, that Ambar went on to be part of some of India's biggest bands and collaborate with renowned artists in various capacities.
There's a lot more about Ambar on his Wikipedia page! http://en.wikipedia.org/wiki/Ambar_Das 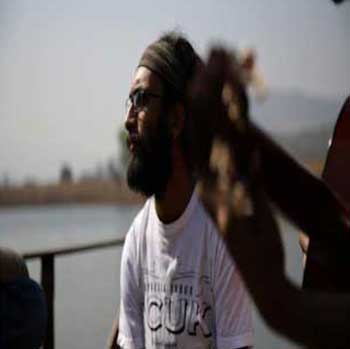 This calm, unflappable Babaji can instantly strike a conversation and go on for hours, usually when in his state of semi-inebriation. His hermitic, unworldly ideologies are bound to shake up anyone's curiosity. Although, everything falls in place once he starts singing one of his many beautiful, melancholic songs. 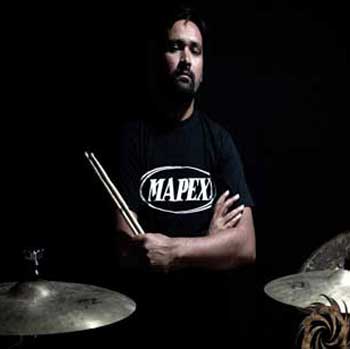 When he's not gigging with one of his half-a-dozen outfits, Viru — who is the drummer for some of India's biggest metal bands — often jams with MnC. Ambar and Viru love impromptu jams, with most of it landing up nowhere but for exorbitant jam room charges. He is also a Zildjian endorsee to boot! Check out his profile at: http://zildjian.com/Artists/K/Virendra-Kaith 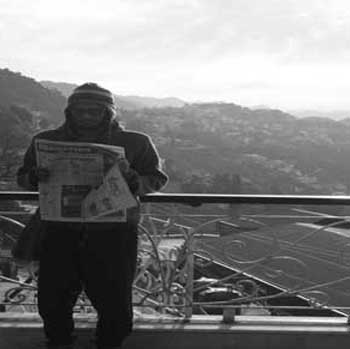 The man behind some of the most memorable tunes by artists like Papon and Raghu Dixit, Neeraj, is a poet at heart. His multiple projects in mainstream cinema and with independent artists, have drawn him to Mumbai. An avid nature lover, Neeraj has a unique ability to pen down his thoughts instantly – in a way that elevates any sonic, rhythmic idea. And did we mention his conversations are always strictly in Hindi?